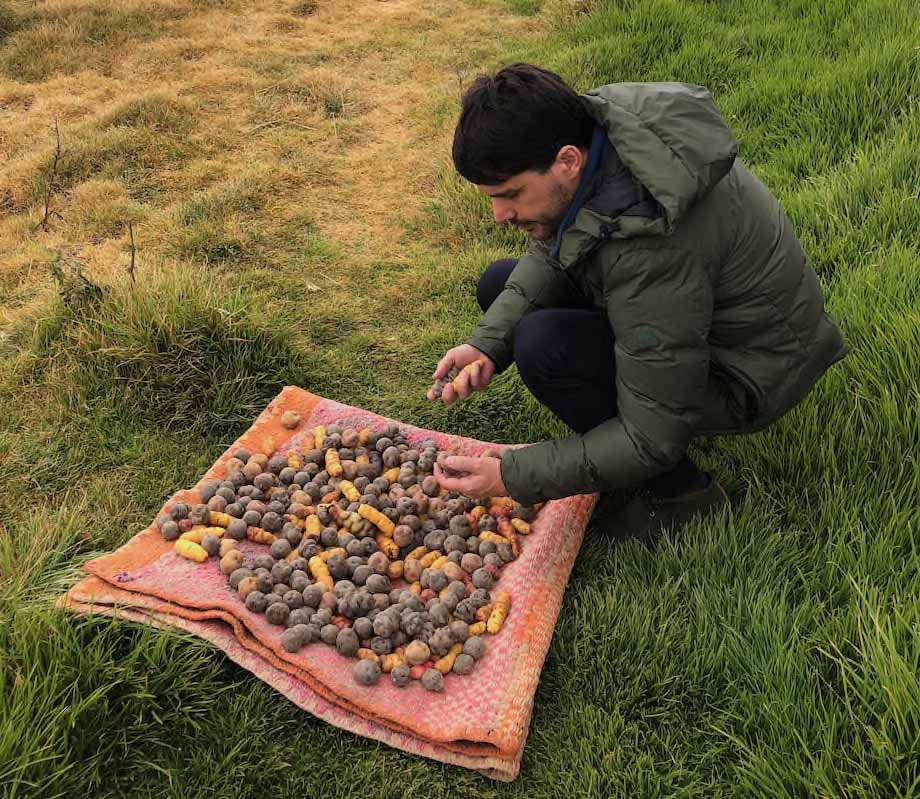 Sir Ken Robinson, author and speaker in the areas of Education and Creativity, states that "New technologies do not ask for permission to insert themselves into culture, they just transform it." In the recent history of humanity, few technologies have transformed culture as much as access to information through the Internet, so much so that it has impacted practically any discipline or activity carried out by man.

There is no doubt that having a connected population has changed the rules of the game. New economic schemes, business models that did not exist just 20 years ago, and a truly globalized population are some of the main transformations that immediate access to information has brought about. Obviously, this change also opens the spectrum of new challenges.

One of the main challenges we have been facing and struggling with as a society is how to feed a growing population, currently estimated at almost 8 billion people, and expected to reach 9 billion by the year 2050. In addition to important projects carried out by large corporations and governments, there is a growing number of smaller-scale initiatives, in which chefs, restaurants and small producers have raised the flag of sustainability in order to contribute to a large-scale cause.

Although the objective seems clear, the way to achieve it is not easy. Right now, there are around three billion people (almost 40% of the population) without Internet access, not even from mobile phones. Therefore, the generation of valuable information aimed at solving the challenge of feeding the world population must go hand in hand with initiatives that seek to connect a greater percentage of the world population. The good news is that there are already global initiatives, both public and private, that pursue this goal. Having a more connected population is a dominant element to achieve a real impact in the task of feeding 8 billion people.

Being able to sustainably feed the growing world population will depend largely on the availability of products, and to the extent that these products are local, seasonal, and nutritious, we will also reduce the impact on the ecosystem.

There are currently initiatives in different corners of the world that pursue the objective of identifying new sources of natural food, in which collection and research play a fundamental role. Chefs like Rene Redzepi, Virgilio Martínez and Rodolfo Guzmán (just to name three renowned chefs) have spent years exploring and studying their environment, identifying new foods that were previously unknown or that were only consumed by small groups in rural areas in each country. These works of research and documentation of new foods have created pantries that did not exist before, and will surely play a key role in the search for new food sources that are more kind to the environment.

Food for Soul, led by Massimo Bottura and Lara Gilmore, and joined by a good number of leading opinion chefs from all over the world, pursue the noble goal of eliminating food waste at different stages of the food process, emphasizing the areas restoration and sale to the final consumer.

The only way that all the initiatives that aim to identify new food sources can provide the expected impact and make a difference is if they are available to everyone, all the time, everywhere. Information must be democratic and easy to use, both for those who generate information and for those who consume it.

The path to follow in order to feed 9 billion people between now and the year 2050 seems to be clear, however, if it is not possible to make all this knowledge reach a significant percentage of the population, they will remain as interesting initiatives to satisfy only the connected population. The only way to generate a real impact is to make all this information available to the entire population, and this goal can only be achieved in part by having a connected population, and from the point of view of content generation, all the knowledge generated is published in digital media for quick and easy dissemination.

In this way, tools and communication platforms can be developed and shared to provide full information access to the remaining population not yet connected, and inform them about new sources, access to new foods, and waste management. With a connected population, and fully available content, it will not be so difficult to tell the entire world population, what’s for dinner any given day.